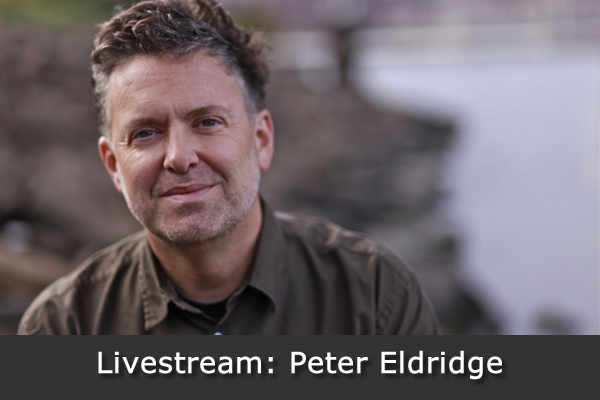 Part of a series of livestream shows on the Zoom platform curated by Nich Anderson.
Artists he loves. Friends of JazzVox. Quality performers.

1) Timing: I’d like to do these with enough time that you can plan for them – let’s get them on your calendar and get the word out!

2) Money: Artists… we should pay them! So I’ll be collecting money up front via PayPal. Don’t have PayPal? Have a friend who does pay for you or contact me (jazz@jazzvox.com).
How much? $20 – They are worth it. 100% of the money goes to the artists.
I will personally send you an email with the link likely in 24 hours (which may end up in your junk/spam folder). Email me if you don’t get that personal email (not PayPal’s receipt).

3) Technology? Eek! Anyone who hasn’t used Zoom that would like to do a test run just to make sure they are able… email me
Please… not the day of the concert.

4) Sharing is Caring: PLEASE share the opportunity, but… don’t give away the keys to the kingdom. In other words, let people know how to sign up and pay themselves but *don’t send them the actual Zoom link* to the show directly. Every home tuning in should be paying to earn the artists some $$.

5) Be ready for Imperfection: Technology… I expect glitches and of course the sound and video quality and connection for each performer will vary.

6) What to expect: I do want this mostly to be about music so expect about an hour or so of actual music. That said, there is a magic of informality since it’s literally from their home – there will often be a little room for Q&A before and/or after. Also it’s good for you to know going in… you’ll be on mute the entire time. Audio is for your host Nich and the performers only. Feel free to type in the Chat section (applause, song requests, questions, etc) which they may or may not see or respond to. I’m a typer so will be saying hello to you cuties during the performance.

“…beauty, truth, strength, wit, and compassion… The man is far more than a simple spinner of songs. His is the true voice of understanding, speaking on its own terms while also capturing and expressing the emotions that we all feel. If ever there was a singular artist capable of showing us the singularity in ourselves, it’s Peter Eldridge.”
– ALL ABOUT JAZZ

For years Peter Eldridge has remained at the forefront of both the singer-songwriter and jazz realms as a vocalist, pianist, composer, and arranger. He has five critically acclaimed album under his belt. The most recent, Disappearing Day, made many ‘best of the year’ lists, including Downbeat, Jazziz, and NPR.

Eldridge is also a founding member of internationally acclaimed vocal group, New York Voices. The group continues to tour internationally and has performed in some of the world’s most preeminent venues and festivals, including Carnegie Hall, Avery Fisher Hall, and the Kennedy Center. NYV has been involved in two Grammy-award winning projects with Paquito D’Rivera and the Count Basie Orchestra.

Some of Peter’s notable collaborations include Bobby McFerrin, Fred Hersch, George Benson, Michael Brecker, David Byrne, Kurt Elling, Karrin Allison, Janis Siegel, Jon Hendricks, and Mark Murphy. Peter’s original songs or collaborations have been covered by artists such as Nancy Wilson, Paquito D’Rivera, and Jane Monheit. Peter was head of the Manhattan School of Music’s jazz voice department for eighteen years and is now Professor of Voice at Berklee College of Music in Boston. He is regularly in demand for workshops and masterclasses both domestically and internationally, in topics ranging from song interpretation to vocal technique to songwriting and arranging and improvisation.